Edward Hopper: Works on Paper
A Selection of Prints and Drawings, November 2 - December 6, 2020

Edward Hopper: Works on Paper: A Selection of Prints and Drawings 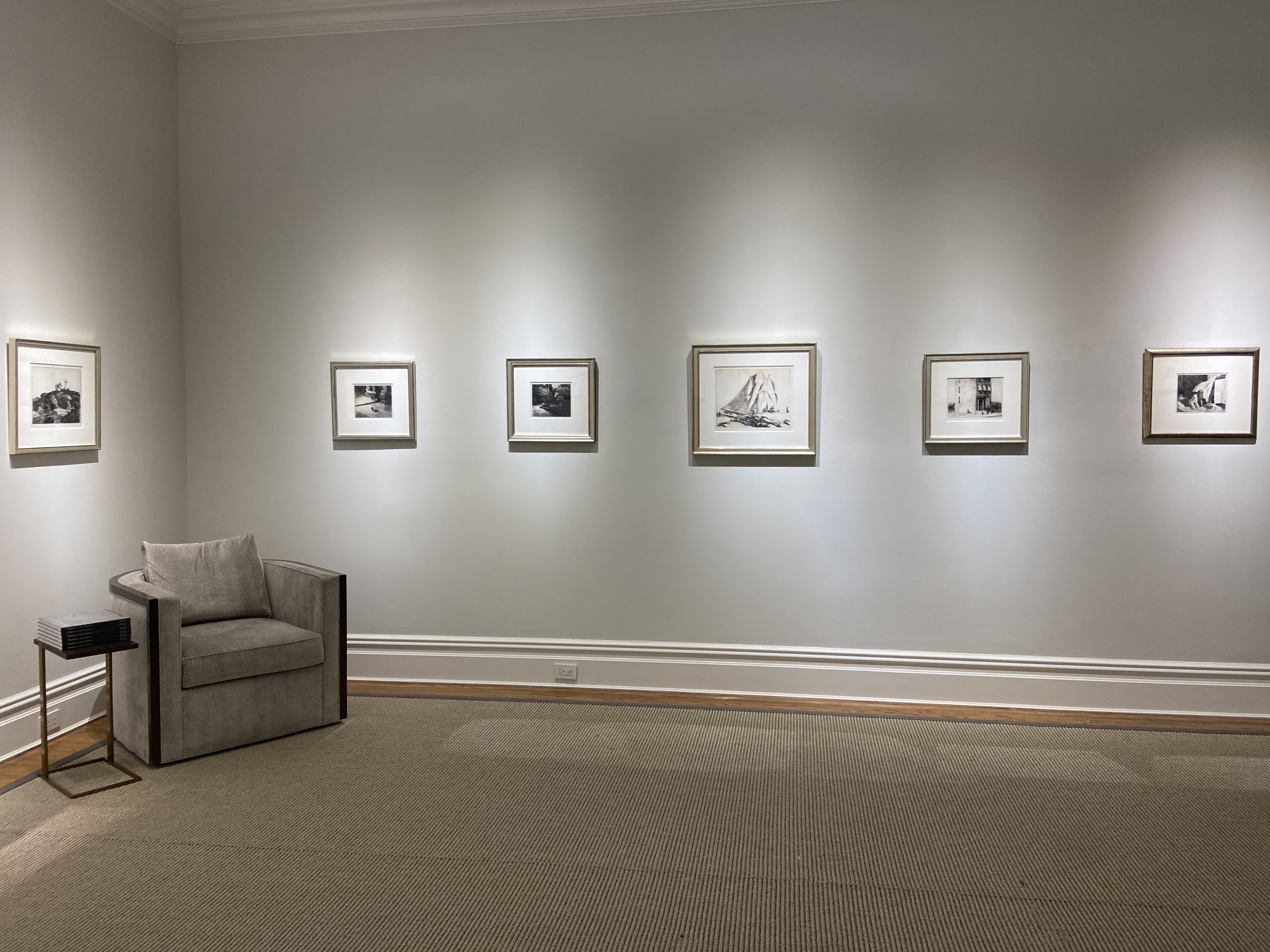 We welcome you to Menconi + Schoelkopf’s Online Viewing Room of Edward Hopper's remarkable works on paper. The exhibition is perhaps the finest selection of the artist’s works on paper for sale in more than 30 years.

Edward Hopper's initial fame grew out of his careful creation of large-scale oil paintings which are among the most iconic images of the 20th and 21st centuries. For many years of his career, Hopper created fewer than four important canvases and most were acquired by American museums from their initial exhibitions. Less well known is Hopper's creation of a greater number of watercolors, etchings, and drawings which are comfortably among the finest works on paper of the 20th century. Carol Troyen, curator of the important exhibition and publication of Edward Hopper's Watercolors, serves as guest scholar to the Menconi + Schoelkopf project. Carol offers articles on each of the important works in the exhibition and an illuminating essay on Hopper's printmaking. Hopper's prints are made in very small editions, and many of the images offered for sale here have not been on the market over the past decade.

Hopper took up printmaking in 1915, already a competent illustrator and accomplished draftsman. In the series of etchings made over an eight-year period, we see the artist's evolution into greatness. Hopper's sense of independence and his ability to tell the story of America between the wars remain the most compelling depictions of this country, equal to Orwell and Hitchcock. It was not until 1920 that Hopper enjoyed his first one-man exhibition, but the prints show clearly his coming of age and the impulse behind the successful development of his signature compositional format. The etchings also signify Hopper's important role in the evolution of modern art in America as the leading artists leapt forward from the more academic structure of figuration toward a more modern pictorial image. Hopper, Orwell, and Hitchcock are their generation's greatest thinkers and storytellers, and they still connect viscerally to this nation's sense of change in the first half of the 21st century.

With the creation of the 1920 etching American Landscape, we examine Hopper's initial push toward creating panoramic compositions as if directly off the movie screen. Hopper adored the cinema and often retreated to the dark isolation of movie watching to free up his creative process. Hopper's important canvases are so much part of our American experience that we take for granted that Nighthawks (1942, The Art Institute of Chicago) is lighted and composed in such a manner, but it is inviting to see his earlier moves in this direction. Three of the early etchings, namely Girl on a Bridge, East Side Interior, and Evening Wind, illustrate Hopper most at ease, sharing with the viewer private moments of modern solitude.

In a recent New Yorker article, the insightful Peter Schjeldahl, one of Hopper's most astute critics, connected these moments of quiet isolation with the current pandemic conditions suggesting that Hopper "leaves us alone with our own solitude, taking our breath away and not giving it back....Once you've seen a Hopper, it stays seen, lodged in your mind's eye. The reason, beyond exacting observation and authentic feeling, is an exceptional stylistic cleverness" (“Edward Hopper and American Solitude,” The New Yorker, June 8-15, 2020). Schjeldahl puts his finger on something unusual about our experience of Edward Hopper; that among the stoic images of calm lonely unease, there is a note of optimism and sense of connection amid the separation.

We will process the personal data you have supplied in accordance with our privacy policy (available on request). You can unsubscribe or change your preferences at any time by clicking the link in our emails.

We have sent you an email with a link to access this page.